Nepal is the mythical paradise of Shangrila, but to us earthly mortals it's Nepal. Sandwiched between India and Tibet, Nepal could be just the place for partying during the season of numerous religious festivals or escaping to a mountainous retreat. An adventure activities main attraction for any tourist who comes to  Nepal. Exhibiting some of the world's loftiest peaks, here you can team up mountain climbing with traditional culinary delights for an unforgettable experience. Small towns and pleasant rural villages are linked by paths through paddy fields, forests, and yak pastures, giving trekkers access to the foothills and mountains beyond. Nepal is also perfect for soul-searchers wishing to spend some time lying idly in the shadows of snow-covered mountains, listening to the peaceful sounds coming from the Buddhist monasteries or Hindu temples. Situated in the central region of greater Himalayas, besides trekking, Nepal also offers an opportunity for spiritual experiences.

Traveling light is the key to having fun in Nepal. Casual clothes are most appropriate but if the trip is scheduled around a festival season, you should carry at least one set of dressy clothing. To kill the cold use a layering system; start with thermal underwear and ad a shirt, pile jackets and windbreakers. Don't forget to pack a folding umbrella and also bring a water bottle and iodine. Avoid wearing revealing clothes - women especially should not wear any short shorts, halter neck or tank tops. To trek Mt Everest and beyond, you will need expensive, expert mountain trekking gear. Do not forget to carry a pair of sneakers or walking shoes.

A primary feature of this land is its mountain ranges which are filled with wildlife and vegetation. The weather depends largely on the time of the year that you visit and the altitude of the place where you are visiting. In general, October and November (autumn) have a dry and mild climate and the temperature fluctuates between 70F (20C) to 90F (30C). December and January are dry and it gets chilly in the morning and night, but the temperature can reach up to 59F (15C) - 68F (20C). Late February, March and early April are the springtimes and the temperature is similar to the autumn. May and June are the pre-monsoon months with the hot and humid temperature that is accompanied by occasional evening thunderstorms. During July and early September, the monsoon hits this region, it rains almost every day and it is during this time that nasty downpours, humid air, and hot temperatures are to be expected. Though Nepal can be visited all year round, it's best to visit during summer and spring.

Visas are required for entry into Nepal all nationalities except India and transit passengers. Visas are usually valid for up to six months from the date of issue, however, they may be extended in Nepal at the Department of Immigration at Katmandu or the Immigration Office in Pokhara. You can get tourist visas on arrival at the airport, this requires two passport-size photos. Business can also be conducted on a tourist visa for up to 30 days. Everyone will need a valid passport, except for Indian nationals who can enter the country with just a valid proof of identity.

Even though the vegetarian food is served in all parts of Nepal. Non-vegetarian dishes are more popular with the locals. Food is easily available and as most hotels cater to groups, they have developed the habit of providing meals buffet-style. There is usually a continental dish and sometimes Indian, Chinese or a local dish. There is almost always rice in the food. Rice is either served plain white or the local red variety along with a lentil soup called Dal.

When in Nepal be sure to take a bite of the momo. These are small pasta shells filled with meat and steamed like dim sum. You also get vegetable ones, but it is the meat ones that are more popular. Any other food items which can be put on the 'to try' list, are the lamb kebab and the vegetable samosa. Both of which can be spotted at the local street shops.

Nepali is a language closely related to Hindi which is easy to pick up. Although it is the national language of Nepal, the linking language between all the country's ethnic groups is Hindi and some people do speak English. In the tourist areas of Kathmandu Valley and in Pokhara, most people will speak some basic English. Along the main trekking trails, particularly the Annapurna Circuit, Everest region English is widely spoken. Many languages are spoken by Nepal's numerous tribal groups.

Historically, Nepal is the meeting point for the Indo-Aryan people of India with the Tibeto-Burman of the Himalayas and this is why, like the history and geography of Nepal, even the population of Nepal is so diverse. While moving from south to north, you can roughly divide the ethnic map into layers: the Terai, the Midlands or Pahar zone and the Himalayas. Each zone is dominated by a characteristic ethnic group whose agriculture and lifestyle are adapted to suit the physical constraints of their environment. The main ethnic groups are Sherpas, Thakalis, Tamanga, Tibetans, Rai and Limbu, Newars, Gurungs, Magars, Bahuns and Chhetris and the Tharus.

Common vaccinations that will be required are against typhoid, malaria and yellow fever. Apart from this high altitude sickness is a hazard for trekkers, so it is important to be in good health before traveling and to take time to acclimatize. Advice relating to dealing with altitude sickness can be sought from the Himalayan Rescue Association near the Kathmandu Guest House in Thamel. It is advisable, particularly when in rural areas, to carry a medical kit containing items such as re-hydration mixture for the treatment of severe diarrhea and 'dry spray' for cuts and bruises. A general check of hygiene of food and water might save you from diseases. Avoid dairy products, which are likely to have been made from unboiled milk and eat well-cooked meat and fish that is served hot. 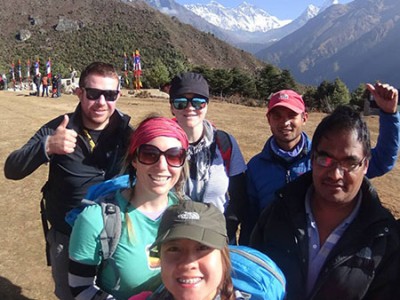 Nepal is a hub of adventure activities like trekking, Peak climbing, Expedition, Paragliding and bungee in the Great Him... 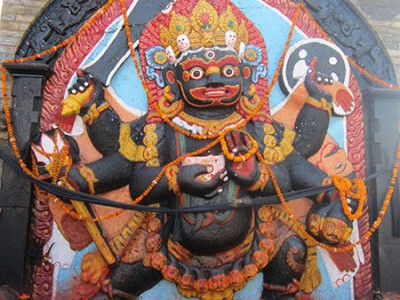 Tour in Nepal is one of the most popular tourism activities in Nepal. Nepal is famous for mountaineering but also famous...

Peak Climbing in Nepal has been one of the most popular adventure sports. Peak climbing has become popular, especia... 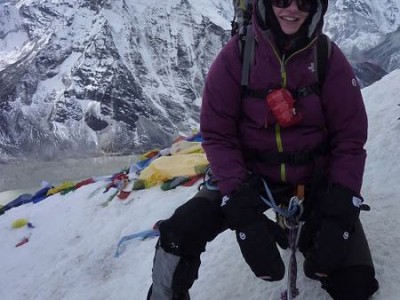 Expeditions in Nepal became a popular adventure sport all over the globe when Sir Edmund Hillary and Tenzing Norgay scal... 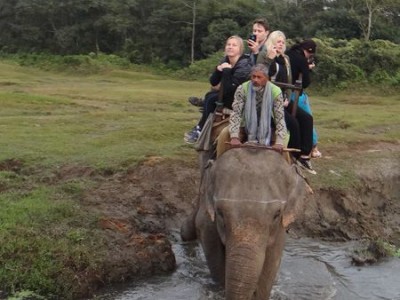 A trip to Nepal is incomplete if you have not been on a jungle safari. While the mountains of the north have some of the...

Nepal is a well known for its Himalayan Country. It’s famous for adventure activities. Among the 14 highest peaks...