EVEREST BASE CAMP TREKKING- ONCE IN A LIFETIME EXPERIENCE! 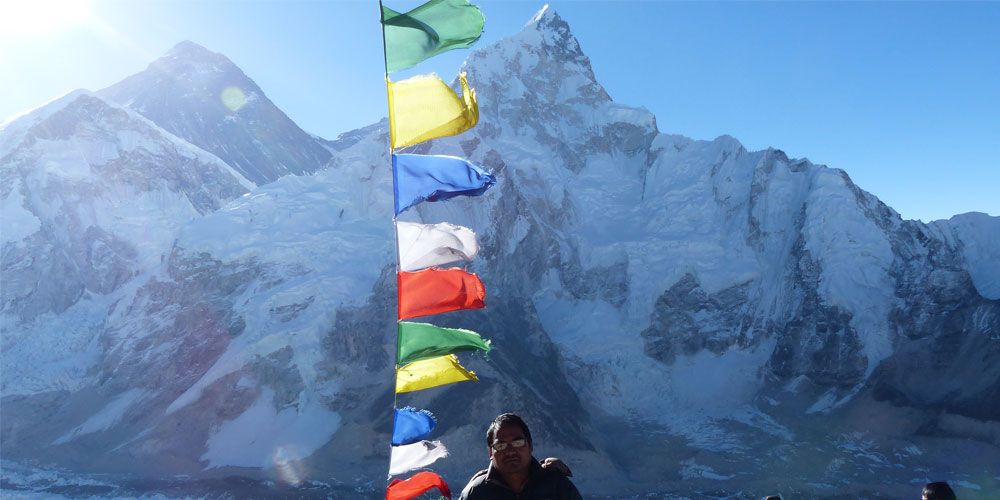 Mt Everest is the officially tallest mountain in the world.  Everest Base Camp is one of the  famous trails  in Nepal. Trekkers not just to reach at Everest base camp. Along the trail, trekkers can immerse with the peaceful Himalayan lifestyle, culture of Sherpa society, Mountain villages, monasteries, breathtaking Mountain peaks, many, many up trails through jungles and over the bridge before ultimately ending up to KalaPather (5555m) This wonderful trek, once-in-a-lifetime experience enables you to discover the surroundings of the world’s highest mountain.

When decide to make treks, normally do trekking in season time. Avoid the monsoon season (June through August). The most popular times to trek are late spring (March and April) and early to mid-fall (October and November), but keep in mind the trekking routes are busiest and rush, try going a week or two earlier or later.

MY HAPPY CLIENT EXPLAIN ME ON THE WAY TO EVEREST BASE CAMP TREKS
“One day morning the back doors were open towards the view of Mount Everest and the other peaks of the Himalayas. It was so beautiful with snow-capped mountains and the sky was full of stars. I think that was one of the most magical moments”